The Tony Cheeseman Foundation 2014 community trophy was awarded to Donna Keizer for her valuable contribution to the nursing profession and her services to Caribbean elderly in the London borough of Newham.
The story of Donna Keizer began on the Caribbean island of Barbados 96 years ago, to be precise on the 2 February 1918 Donna was born. Her childhood was a happy one and she have many good memories of her neighbourhood and school life at St Matthias school. 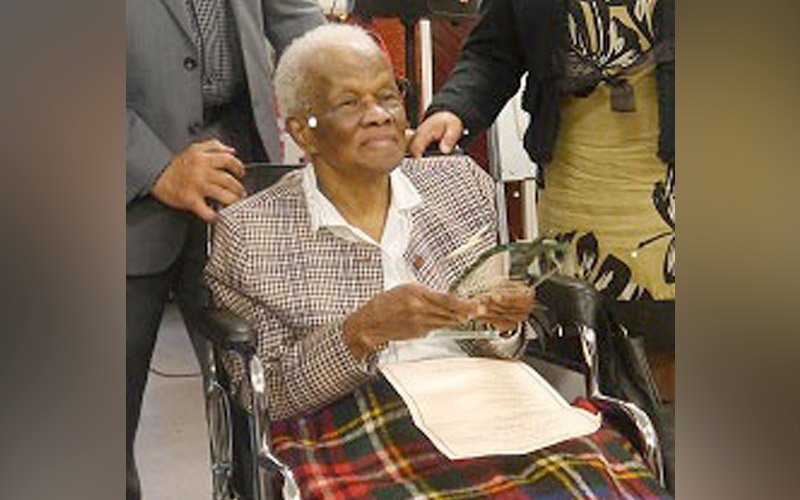 Donna was born on the Caribbean island of Barbados on the 2nd February 1918. At 16 she began work as an apprentice seamstress which lasted for a few years and then her long career of caring for others started as a student nurse at the Barbados general hospital, she also worked at the Beckles Road Alms house and at Dr Bailey clinic as a nurse. One of her memories of the time was treating some of the casualties of the Cornwallis which was torpedoed in the harbour and which brought home the horrors of the 2nd world war on the island doorsteps. Her next move was to complete a mid-wife course at the maternity hospital in Whitehall St Michael and still had time to fit in a domestic science course which turned out very timely. She was recommended to be interviewed for a housekeeper post for the high profile show biz lawyer David Jacobs who was a regular visitor to the island and for whatever reason wanted a Barbadian housekeeper to look after his Chelsea’s family home in London.

Donna took the job but explained that she was heading for the mother country in any case to study for her nursing exams and agreed to pay her own fare. At the age of 34 in 1957 Donna left her family and only son Norman.
Her experience in Chelsea was very interesting with a mix of curiosity by her colour and the surprise of her being a house keeper, she was given a poodle by the family as a present and caused quite a stir walking around Chelsea elegantly styling with her little doggy on a leash. She met many famous people like Liberace and Eartha Kitt to name a few who were regular visitors to the Chelsea home and the family home in Brighton.

in 1961 Donna felt it was time to move on to peruse her dream. She applied to Plaistow teaching hospital and was accepted. The second part of her training was done at Forest Gate maternity and after qualifying she applied for a midwife post at the same hospital and was successful. She rose in rank becoming a staff nurse and then a sister where she trained, supervised, and delivered many, many, many babies for 18 years until her retirement.
In 1981 after her retirement went on to work as a volunteer at West Ham Lane day nursery and at the Newham Volunteer Bureau for some years. the Hibiscus Caribbean Elderly which was co-founded with her nursing colleague the late Lucy Tate in the late 1980s and was the treasurer for many years.

After accepting our 2014 community trophy Donna left us with these wise words.

“Don’t let being Black keep you back’ and be conscious of the importance of serving others.” 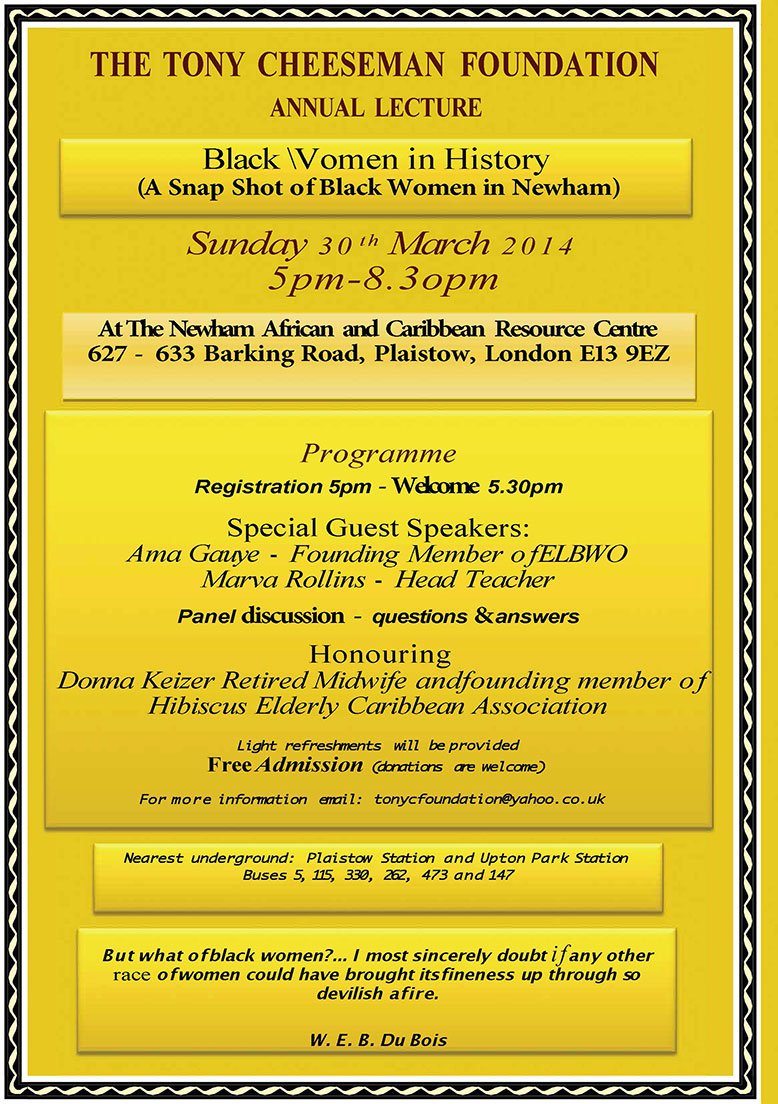 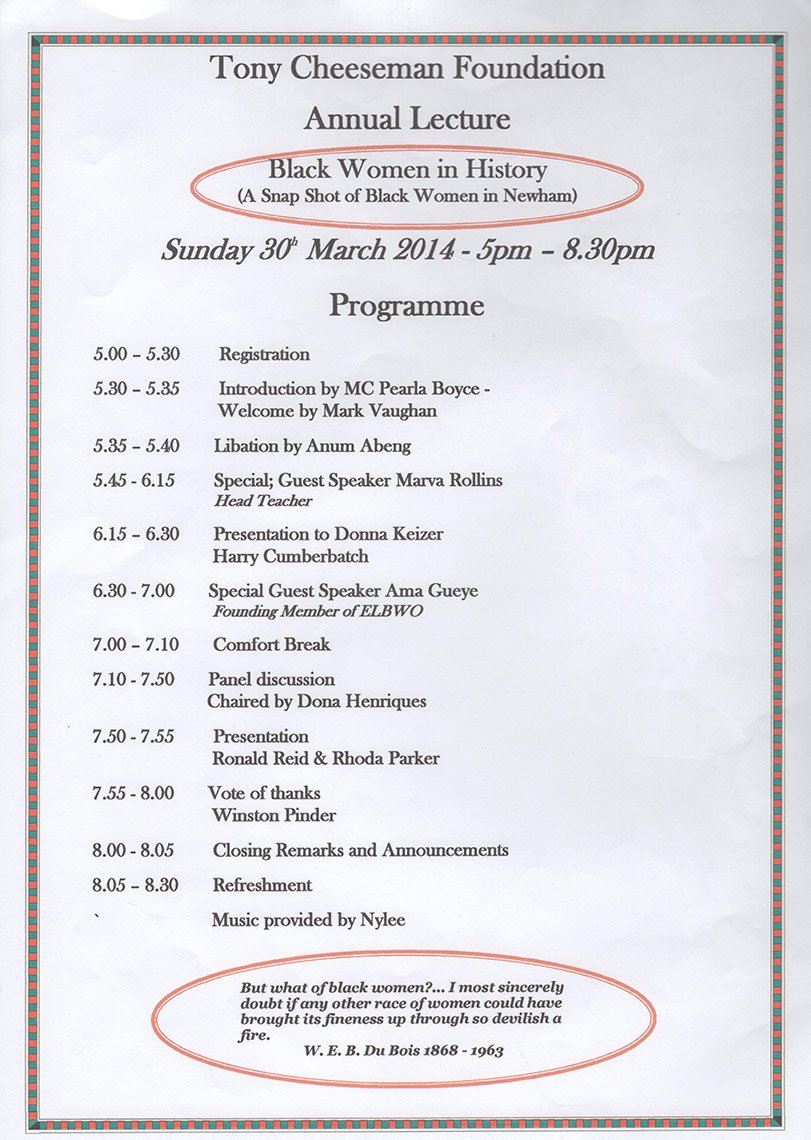 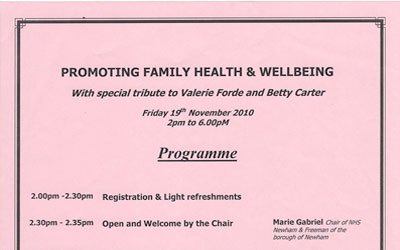