The 1st August is significant for the Foundation it is the day Tony Cheeseman passed. It is also a date that is marked in the African community in the British Caribbean as the date enslaved Africans were given their physical freedom under the Emancipation Act, African Liberation Day.

The Foundation on the 1st August 2012 were invited to an African Remembrance Day Committee Emancipation Day ceremony held at Highgate Park North London. It was a day of Prayers, poems, talks, drumming and a three-minute silence in memory of enslaved Africans. Our Chair Winston Pinder was one of the guest speakers and spoke about the life of Tony Cheeseman including his Pan African work and also the work of the Foundation. Members of many African Caribbean organisations took part including representatives from the Trinidad embassy and the Jamaican High Commission who addressed the gathering. 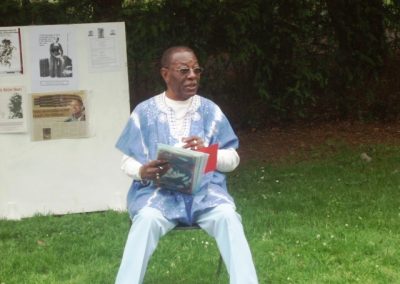 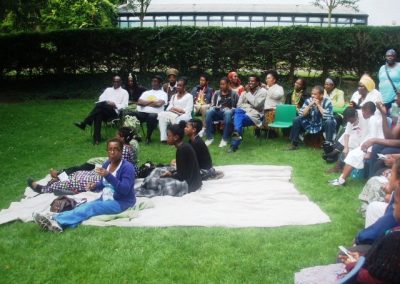 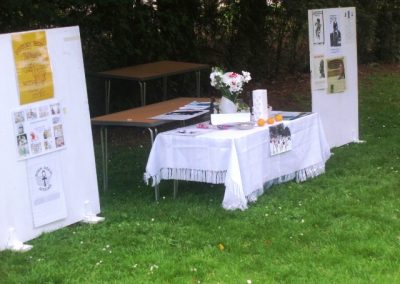 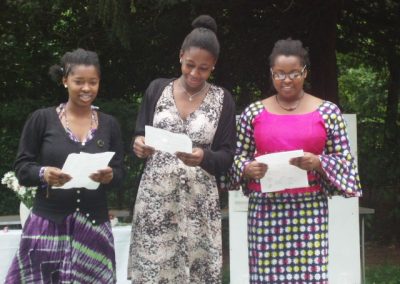 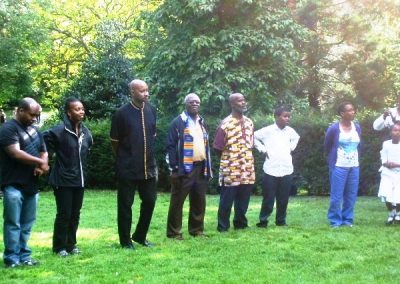 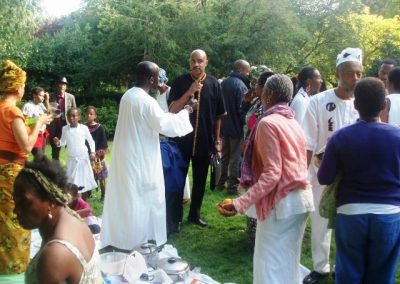 Members of the Foundation regularly take part in the annual Peoples Reparations March on African Liberation Day from Windrush Square, Brixton to the Houses of Parliament on the 1st August. Below are some photos from the 2017 march. 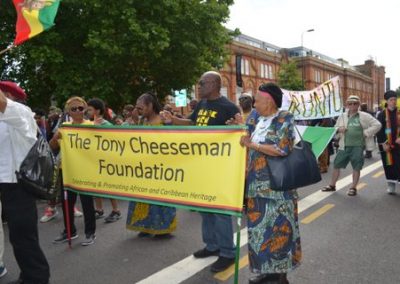 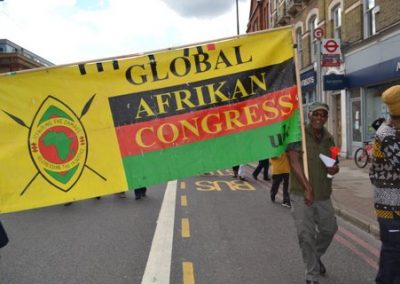 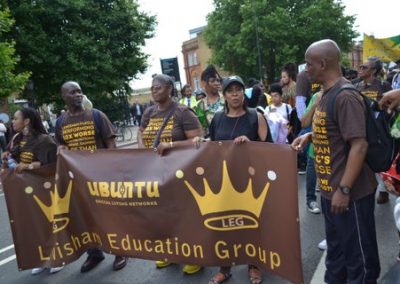 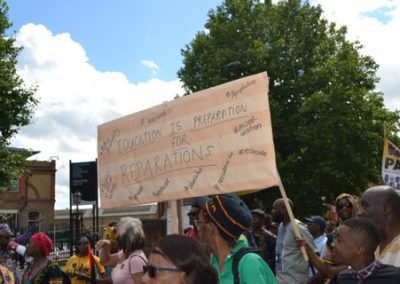 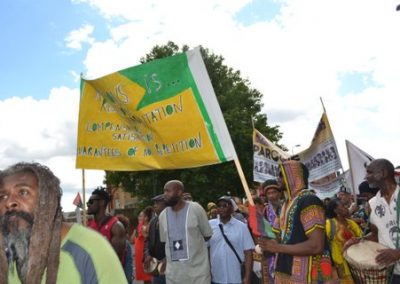 Please have a read of Tony Cheeseman’s speech on Reparations to The Global African Congress in Ghana in 2006. 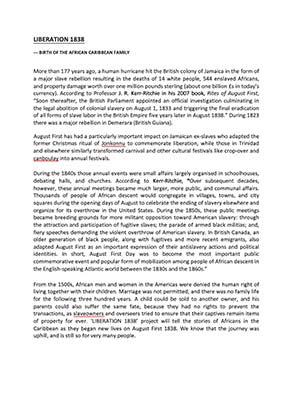 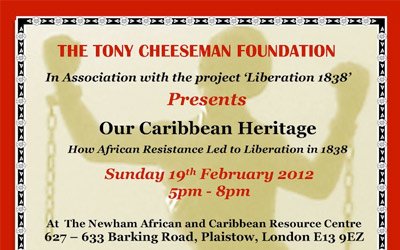 In February 2012 the Foundation launched and presented it’s first public event in association with The Windrush Foundation. The event was titled ‘Our Caribbean Heritage – How African Resistance led to Liberation in 1838’. Over 50 people attended and the distinguished... 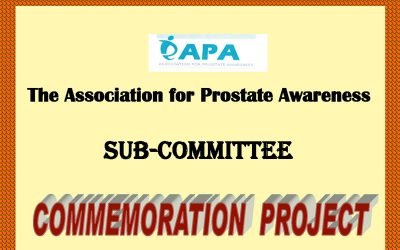 After the 1st three events were completed and feedback gathered, the findings of the below report show us what the community wanted and The Tony Cheeseman foundation was born More event and exhibitions 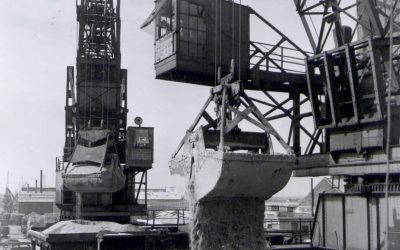 In June 2012, the secretary attended the Waltham Forest African Heritage educational centre launch of their exhibition ‘Preserving the heritage of Caribbean, Nigerian and Jamaican people in East London’. This event was held at Leyton Town hall where we met Sandra...