Pearla was born in Barbados to Alonzo and Helena Dash. She was 10 of 11 children and was educated at the Modern High School. She came to England as a teenager to join her mother and 5 siblings who lived in Leicester. 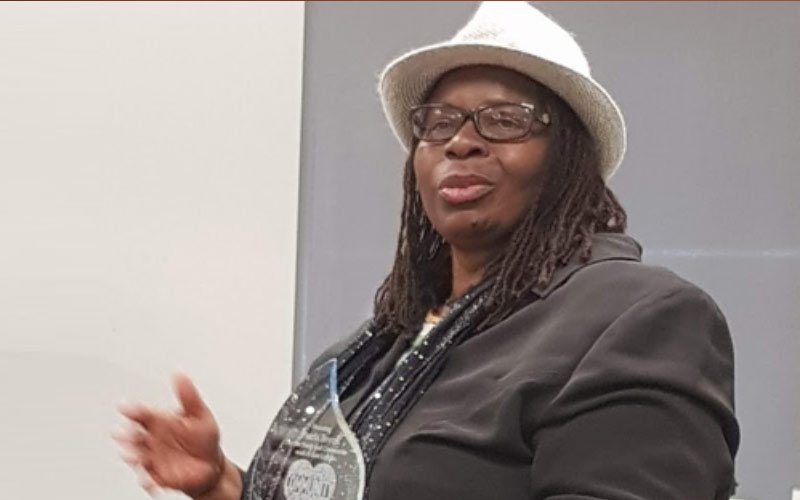 She subsequently moved to London and it was an exciting time for her as she met people her own age and from different Caribbean islands. To gain meaningful employment, Pearla enrolled in secretarial college but left after a short period because she did not like the regime. Instead she did a course in Business and Finance and was offered a job as a Credit Controller before the course ended. She was introduced to the Voluntary Sector which broaden her horizon and was able to fill a vacancy as a personnel and finance officer at Pagnell Street Youth & Community Centre in South East London. The centre catered for black young people, focusing on education, counselling, sports and other youth activities.
Pearla wanted to work nearer home and was successful in getting a position as a personnel and finance officer at the local Law Centre (Newham Rights Centre) working with solicitors, barristers and welfare rights workers. She was responsible for all the centre’s accounts and liaising with the Lord Chancellor’s Dept that funded the centre.

To get a better understanding of young people and their behaviour, Pearla did a course in youth and community from the Black Perspective under the auspices of Brunel university. She worked as a part-time worker specialising in Girls and Young women’s projects in Greenwich and Walthamstow youth service. She later became a tutor and supported women undergoing training in youth work.  It was not unusual to take them on Field trips in Mundesley (Norfolk), New Forest and Hindleap Warren.

Pearla worked tirelessly to help improve the lives of people from the black community in Newham. Taking up an active role in the Black sections’ movement of the Labour party and campaigned for Black representation of MPs in the 1980s. She even had the opportunity to speak at the annual conferences. She worked with Tony Cheeseman in setting up and running the Newham Black Performing and Visual Arts Workshop based in Forest Gate – the 1st of its kind in Newham. She campaigned against injustices and became one of the founder members of the Newham African Caribbean Centre in Plaistow.  She helped to design the building working with the architects, attending site visits and site meetings. Pearla served on a number of management committees, most memorable – Newham Consortium for Youth and Black Women’s Health Project as well as East London Black Women’ Organisation. She was a school governor at a secondary and Special needs school, worked at Eastlea Youth centre as a part time youth worker and served as Church Warden at St. Matthews Church Stratford E15 for many years.

Pearla attended different training courses for personal development and landed a position as an HIV/AIDS trainer. This appointment afforded her the opportunity to train local authorities’ staff in HIV awareness and other areas of health pertaining to the virus, working in Newham, Hackney and Tower Hamlets delivering awareness training. Given her experience in the field, Pearla was employed as a specialist social worker to deliver services to BAME communities affected with HIV/ AIDS. Liaison with other specialists from housing, hospitals, and medical centres, she was able to help them to enhance their quality of life. Pearla trained as a social worker and also worked in Physical Disabilities (sickle cell, ME, visual and hearing impairment). Her last role was based at St. Thomas’ Hospital where she worked with the Elderly, she retired after 20 years’ service.

In 2010 Pearla joined a subcommittee of the APA Association of Prostate Awareness to commemorate her school friend and fellow activist Tony Cheeseman who had passed a few months earlier. She was the Treasurer of the Tony Cheeseman Foundation for many years until she stepped down in 2015.Pearla was married to Hugh Boyce, she has two adult children and three grandchildren. She said that the latter reminds her of her youth and the mischief she used to get up to.

Pearla is currently the president of her old school – The Modernites Association. She continues to be active in Church following her former role as Church warden, serving on the PCC, pray ministry and Pastoral Care Team.  Pearla likes the kitchen and devises her own recipes. She also enjoyed travelling which is much reduced because of physical ill health.