After leaving school Winston received a Charles Howard bursary to train with the Barbados telephone company. On completion he was sent to British Guiana to work on the Demerara telephone exchange being built by the Bookers company. It was there he became interested in the trade union movement and anti-colonial struggle that was taking place throughout the Caribbean. Returning to the island in 1954 he spent a few months at home and then in the same year, like many of his generation he sailed to the UK to further his employment opportunities. 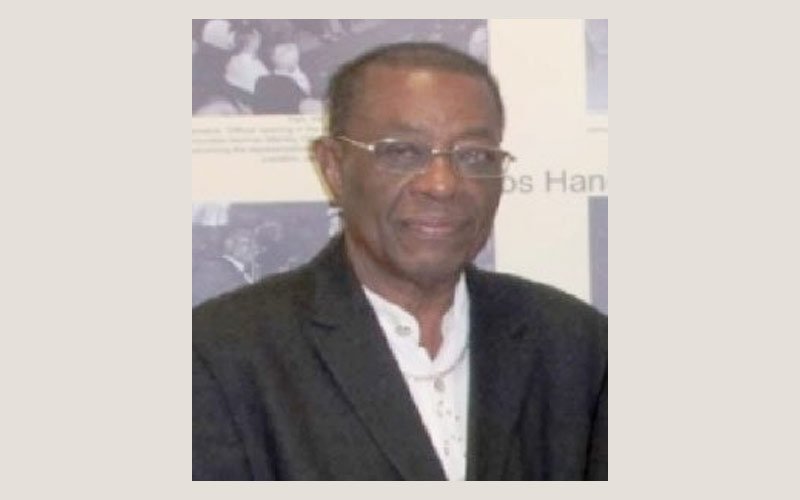 At first he lived in Islington and in his second week secured a job as a post office engineer at the Temple Bar exchange. In 1955 he was part of a delegation that welcomed Claudia Jones to Britain after her deportation from the USA. He moved to Camden and after the 1958 Notting Hill riots there was much fear and tensions in the community so he became even more involved in supporting the community especially Black youth.

There were only two youth clubs in the area and it was made clear that black young people were not welcome in them. It was against this troubled backdrop that Winston’ Youth work career started. It began by working on the streets to reach out to young people and even sharing his family home as an informal drop-in centre. He went on to rent a church hall and later moved into the basement of an empty fire station to carry out his part time Youth work. Over the years he campaigned for a local youth club and in 1971 the two-storey purpose built Kentish Town Youth Club in Hadley Street was opened to a great fanfare. It was the first youth club in the borough in which young black and young white people mixed freely.

Winston decided to formalise his passion for youth work by completing a social science degree at Ruskin College and afterwards joined the Camden Community Race Relations Council where he played an active role. When the organisation moved out of its premises in Gray’s Inn Road, he was offered the use of two of its former rooms to run his own drop-in centre and out of that came the Camden Afro Caribbean Organisation which he Chaired for many years.

The organisation quickly became an advice bureau for the community offering support on issues of welfare, unfair dismissals, housing and racial discrimination. Some of the major achievements of the organisation were to hold a National conference for Black Youth and Community workers at the Reading Bulmershe college , raise funds for a headstone to recognise Claudia Jones, which was placed next to Karl Marx’ grave in Highgate Cemetery. Develop a Youth hostel project which was opened in 1976 and was named after the entertainer and social justice campaigner Paul Robeson. (The Paul Robeson House). The Organisation also reached out to help organise black groups Nationally and Internationally.

Winston became the Deputy Youth Officer in the Inner London Borough of Islington and after the demise of the Greater London Council he was appointed Principal Youth Officer for the London Borough of Hackney. He is no stranger to the East End and did much volunteer community work in the Borough of Tower Hamlets working with Tower Hamlets African Caribbean Association (THACA), with Caribbean House, the Barbados Bursary and the Harriet Tubman house in Hackney and in Newham with the African Caribbean Youth Organisation and the Tony Cheeseman Foundation, where he is still a management committee member. In addition to supporting Black elderly organisations he is also an active member of Barbados Democratic Labour party.

Winston looks back on his career with a mixture of pride and sadness. So much of what he helped build up has been swept aside by the march of time – Paul Robeson House is now a privately owned dwelling, Kentish Town Youth Club was demolished and the African Caribbean Organisation closed down after the council withdrew its funding.  On the plus side, so many of the young people he worked with have gone on to lead successful lives and reminds us that the projects may have gone but the foundation is still there.